Dr. Ross Tilley Public School was built in 1996.  The school was named in honour of Dr. Ross Tilley, who was a pioneer in plastic surgery for burn victims during World War II.  His patients called themselves the Guinea Pigs and formed an organization that continues to this day.  Dr. Ross Tilley was highly respected around the world.

Dr. Ross Tilley has received numerous awards of distinction, most notably the Order of Canada, the Order of the British Empire, and also from the Canadian Aviation Hall of Fame.  His hometown is here in Bowmanville, where he attended Bowmanville High School.  Our school motto and colours, burgundy and beige, reflect our respect for this Canadian hero! 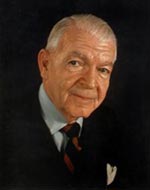